MPs have rejected plans for a right to die in England and Wales in their first vote on the issue in almost 20 years.

In a free vote in the Commons, 118 MPs were in favour and 330 against plans to allow some terminally ill adults to end their lives with medical supervision.

In a passionate debate, some argued the plans allowed a “dignified and peaceful death” while others said they were “totally unacceptable”.

BBC
Recommended Posts
Recent news
Like us on Facebook
NO TO ASSISTED SUICIDE
This site is managed by Dr Kevin Yuill and a small team of volunteers. 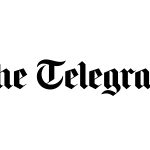