The No To Assisted Suicide Campaign was deeply saddened to read of the tragic situation of Bob Cole, and his wife before him. Such stories should evoke compassion and sincere sympathy from everyone, regardless of their views on Dignitas and the ‘service’ they provide.

But this sad case does not make a change in the law necessary. The publicity surrounding this case shows the deplorable willingness of the campaign for introducing assisted suicide into the UK to exploit vulnerable people at their lowest moments for PR purposes.  Through palliative care – of which Britain has some of the best in the world – Bob Cole and his wife might have been given the dignified and painless deaths they wished for and deserved. In other words, suicide was not the only or best alternative for Bob Cole. We as a civilised society owe Mr Cole and others in his unfortunate position the best in palliative care.

The amplification of such cases without any serious discussion of the palliative alternatives for people experiencing the pain that Bob Cole had gone through runs the risk of further distorting the perception that the ill, and the elderly have of what treatment they can receive. This encourages the fear that leads to suicide, and the abuses and subtle pressures towards that end, rather than the hope that underlies proper end-of-life care.

Kevin Yuill, spokesperson for the No To Assisted Suicide campaign, said:

“It is very sad that Bob Cole did not receive the palliative care that would have relieved him of pain and eased his passing, perhaps obviating his decision to commit suicide in Switzerland. We know that those who opt for an assisted suicide in Oregon do not do so for reasons of physical pain (which does not come into the top five reasons for opting for an assisted suicide) and we have recently heard the very disturbing news from the Netherlands, where euthanasia and assisted suicide are legal, that 49.1% of euthanasia requests listed loneliness as part of their suffering. Palliative care cannot cure cancer but it can cure much of the suffering felt by those in Mr Cole’s position.”

“The case of Bob Cole and his wife does not demonstrate a reason for legalising assisted suicide in this country. Too many people who are depressed or lonely or simply fearful of what their lives will bring already take their lives in this country. Estimates indicate that the rate of suicide amongst the terminally-ill will treble if the Marris Bill is passed in September. Palliative care remains an excellent – and widely available – alternative. We favour its extension and expansion.”

Bob Cole
Recent Posts
Recent news
Like us on Facebook
NO TO ASSISTED SUICIDE
This site is managed by Dr Kevin Yuill and a small team of volunteers.

Spiked: The narcissism of assisted suicideNews 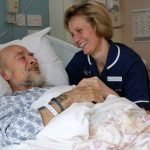