By No To Assisted Suicide
Posted July 4, 2015
In News
The Guardian: Assisted dying is the final triumph of market capitalism2015-07-042015-09-09http://notoassistedsuicide.org.uk/wp-content/uploads/2015/06/no-to-assisted-suicide-logo.jpgNo To Assisted Suicide - UK's campaign to stop assisted suicide.http://notoassistedsuicide.org.uk/wp-content/uploads/2015/06/guardian-assisted-suicide.jpg200px200px
0
0

I have seen many people die. Some slip away on a cloud of morphine. Others go in pain, coughing and spluttering, vomiting up their insides. It is a no-brainer which one we would all prefer – not least because the latter is a cause of such huge distress to those who lovingly gather round the patient’s bedside. The case for assisted suicide is made every time we see another human being dying in terrible pain.

But however compelling, this argument must also be set in the context of the more complicated hydra-like emotional pain that is generated by the process of dying. And I say process, because we make it too easy if we think of death as simply as what happens in the last few hours of life. For many, that final period has been proceeded by months or years of family turmoil.In her new and astonishingly beautiful and honest book, The Iceberg, the artist Marion Coutts describes the 18 months running up to her husband Tom’s death in Trinity Hospice in 2011 – a period where she has to balance the demands of being a wife to Tom as well as being a mother to her small boy. As Tom’s condition worsens, as cancer robs this writer of his words, Coutts is constantly running between the hospital and the nursery, stuck in traffic at the Elephant on her way to school pick-up, worrying about money, bravely trying to hold things together as things fall apart, dealing with maddeningly unhelpful NHS case conferences where no one involved is taking any responsibility for what is going on.

This later situation, of course, is the inevitable corollary to “patient choice”, that vote-winning formula that passes responsibility from the hospital to the patient precisely at a time when most patients are so ill that what they really want is for others to be taking the lead in looking after them. In the headline cases, patient choice means the avoidance of unnecessary suffering; for most people, in reality, patient choice means that care is going to be replaced by another bloody questionnaire. It doesn’t, for instance, mean that patients are any more likely to get the expensive drugs they want simply because they choose them.

Giles Fraser, The Guardian
Recommended Posts
Recent news
Like us on Facebook
NO TO ASSISTED SUICIDE
This site is managed by Dr Kevin Yuill and a small team of volunteers. 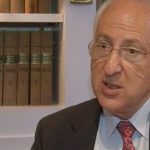 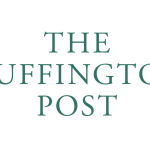