By No To Assisted Suicide
Posted June 30, 2015
In News
The Spectator: We don’t encourage suicide, so why should we assist it?2015-06-302015-07-01http://notoassistedsuicide.org.uk/wp-content/uploads/2015/06/no-to-assisted-suicide-logo.jpgNo To Assisted Suicide - UK's campaign to stop assisted suicide.http://notoassistedsuicide.org.uk/wp-content/uploads/2015/07/spectator-assisted-suicide.jpg200px200px
1
0

As MPs prepare to consider a private member’s bill to license what is being euphemistically called ‘assisted dying’, in Belgium a young woman with mental health problems has been cleared for euthanasia some time this summer. The Belgium-based outlet DeMorgen outlined the situation of the 24-year-old, identified only as ‘Laura’. Aside from depression and the feeling that ‘she wanted to die ever since childhood’, ‘Laura’ is physically healthy, enjoys coffee, friends and going to the theatre.

According to the New Yorker, 13 percent of Belgians who died by euthanasia last year didn’t have a terminal illness — and 3 percent suffered from mental disorders. Belgium legalised euthanasia in 2002.  Since then the numbers have soared.  There were more than 1,800 reported cases in 2013, an increase of more than 25 per cent on the year before.  And the numbers keep on rising.  Neighbouring Holland, which legalised euthanasia in 2001, had nearly 5,000 cases in 2013.  And it too is increasingly offering euthanasia to mentally ill people.

assisted suicide, Belgium, Lord Alton
Recommended Posts
Recent news
Like us on Facebook
NO TO ASSISTED SUICIDE
This site is managed by Dr Kevin Yuill and a small team of volunteers. 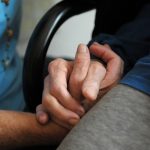 Lord Farmer: Evidence for physician-assisted suicide ‘is far from reassuring’News 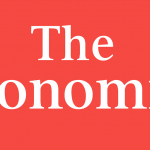