By No To Assisted Suicide
Posted August 19, 2015
In News
Wall Street Journal: A Doctor-Assisted Disaster for Medicine2015-08-192015-08-19http://notoassistedsuicide.org.uk/wp-content/uploads/2015/06/no-to-assisted-suicide-logo.jpgNo To Assisted Suicide - UK's campaign to stop assisted suicide.http://notoassistedsuicide.org.uk/wp-content/uploads/2015/08/Wall-Street-Journal-assisted-suicide.jpg200px200px
1
1

As a physician in Oregon, I have seen the dire effect of assisted-suicide laws on patients and my profession.

Since the voters of Oregon narrowly legalized physician-assisted suicide 20 years ago, there has been a profound shift in attitude toward medical care—new fear and secrecy, and a fixation on death. Well over 850 people have taken their lives by ingesting massive overdoses of barbiturates prescribed under the law. Proponents claim the system is working well with no problems. This is not true.

As a professor of family medicine at Oregon Health & Science University in Portland, as well as a licensed physician for 35 years, I have seen firsthand how the law has changed the relationship between doctors and patients, some of whom now fear that they are being steered toward assisted suicide.

In one case a patient with bladder cancer contacted me. She was concerned that an oncologist treating her might be one of the “death doctors,” and she questioned his motives. This was particularly worrying to her after she obtained a second opinion from another oncologist who was more positive about her prognosis and treatment options. Whichever of the consultants was correct, such fears were never an issue before.

Under Oregon’s law, a patient can request lethal drugs only if he has a terminal illness and less than six months to live. However, it is nearly impossible to predict the course of an illness six months out, and many patients given such prognoses live full, rewarding lives long past six months.

A 2008 study published in the British Medical Journal examined 58 Oregonians who sought information on assisted suicide. Of them, 26% met the criteria for depressive disorder, and 22% for anxiety disorder. Three of the depressed individuals received and ingested the lethal drugs, dying within two months of being interviewed. The study’s authors concluded that Oregon’s law “may not adequately protect all mentally ill patients.”

Also concerning are the regular notices I receive indicating that many important services and drugs for my patients—even some pain medications—will not be covered by the Oregon Health Plan, the state’s Medicaid program. Yet physician-assisted suicide is covered by the state and our collective tax dollars. Supporters claim physician-assisted suicide gives patients choice, but what sort of a choice is it when life is expensive but death is free?

A shroud of secrecy envelops the practice of assisted suicide. Doctors engaging in it do not accurately report the actual manner of death. Instead they are required by state law to fabricate the death certificate, stating that the cause is “natural” rather than suicide. In late 1997, right before assisted suicide was about to begin, the state legislature implemented a system of two different death certificates—one that is public and includes no medical information and another that is kept private by the state. As a result, no one outside of the Oregon Health Division knows precisely how many assisted suicides have taken place, because accurately tracking them has been made impossible.

In my practice, more than two dozen patients have discussed assisted suicide with me. Most did not have a terminal diagnosis. One inquiry came from a patient with a progressive form of multiple sclerosis. He was in a wheelchair yet lived an active life as a general contractor. I asked him how the disease affected his life. He acknowledged that MS was a major challenge and told me that if he got too much worse, he might want to “just end it.”

I told him I could understand his fear and frustration and even his belief that assisted suicide might be a good option. I also told him that should he become sicker or weaker, I would work to provide him the best care and support available. No matter how debilitated he might become, his life was, and would always be, inherently valuable. As such, I said that would I not recommend nor would I participate in his suicide. He simply replied: “Thank you.”

The way that physicians respond to patients’ requests for lethal drugs has a profound effect on their choices and their view of themselves and their inherent worth. Such patients deserve doctors who will support them through their illnesses, not offer them a quick exit.

One of the most troubling notions I hear is that killing oneself with sleeping pills is “dignified”—as if natural deaths aren’t. Last year my wife, Marlene, died of metastatic cancer. We’d been married for 40 years. The final five years we both knew she would inevitably die of her cancer. At one point doctors told her that she had only three to nine months left, yet she lived more than four times as long.

While I treasure all of our years together, the last years of our marriage were among the best. There was great suffering but also great joy and meaning in the special moments we and our seven children shared together—moments that became all the more special the closer we came to the end of her life. I wouldn’t trade a nanosecond of those last years. She died peacefully and naturally at home surrounded by her family and friends. She never took an overdose, yet her death and life had great dignity.

Some two dozen suicide bills have been introduced in legislatures around the country, from California to Maine. These states should heed the example of Oregon, where assisted suicide has been detrimental to patients, degraded the quality of medical care, and compromised the integrity of the medical profession.

There are some encouraging signs. In 2012 an assisted-suicide referendum narrowly failed in Massachusetts by two percentage points. The California senate passed a suicide bill in June, but it stalled in the state assembly after opposition to it mounted.

As a society we should continue to reject the legalization of physician-assisted suicide as a solution to suffering. Instead we must work to increase access to hospice and palliative care to better support those suffering from terminal illness. The sick and aging deserve better than Oregon’s mistake.

Morning Star: We Should Be Offering Assisted LivingNews 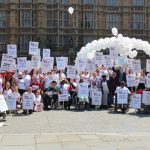